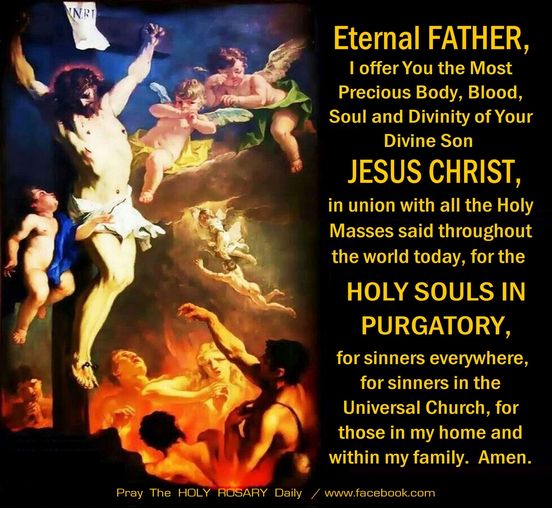 The bible is a very complicated book to fully understand.  As a Christians there are three different areas that you don’t hear a lot of sermons on. Heaven, hell and Purgatory. Catholic and a few other Christian group believe in Purgatory. There is a number of growing Church that don't believe in either one. Many questions come up about purgatory, is it part of heaven, part of hell, neither, or both and does it really exist.

Before talking about purgatory, we need a little understanding of Heaven and Hell.

It has been pointed out that there is a lot of confusion about Hell and who goes there because of the translation of the Hebrew word Sheol and the Greek word Hades.

Hades is translated “grave” once, and “hell” ten times with a total of eleven times.

With above confusion there are two other words used in the New Testament that are translated hell. “Tartarus” used once and “Gehenna” which is used twelve times.

Originally created by God for a place of punishment for Satan and the one third of the angels that rebelled with Satan against God (Matthew 25:41) It is referred to the place of “outer darkness” (Matt 8:12 ; 25:30. The vast multitude will start with the Beast (antichrist) and the false prophets at the end of the Tribulation “Cast alive into a lake burning with brimstone” (Rev 19: 19-20) Unsaved of the nations who survived the Tribulation (Matthew 25:31-32 , 41-46) Unbelieving Jews to join the Gentiles in the “Cast into the lake of fire and brimstone, where the beast and the false prophets are  and shall be tormented day and night. (note: Unless used to make you understand that there would be no stopping, why the writer used day and night because there will be no day and night in Hell)

Hell as we defined it. the netherworld · the land/abode of the dead · the infernal regions · the Inferno · the nether regions · the abyss · the abode of the damned · eternal damnation · eternal punishment · perdition · hellfire · fire and brimstone · Gehenna · Tophet · Abaddon · Sheol · Hades · Tartarus · Acheron · Avernus · Niflheim · the pit · the shades · the lower world

-Science has divided the lower parts of the earth into three parts, the mantle, inner core, and outer core.

First comes the mantle which is a layer that is below the crust of the earth which goes down about 2,900 kilometers and has a temperature of about 870 degrees Celsius.

The second part is called the outer core with it beginning at the mantle and extending down about 2,250 kilometers. The temperature ranges from about 4,400 degrees Celsius to about 6,100 degrees Celsius.

The last one would be the inner core and is about 6,400 kilometers below the earths surface with a temperature of about 7,000 degrees Celsius.

Basely Jesus had two mission upon descending into the lower part of the earth.

The other one referring to the saints “set the captives free” was to take the saints to heaven with Him from Abraham’s bosom.

When Jesus was telling us of the parable of the rich man and Lazarus, Jesus stated that the rich Man being in Hell could see Lazarus in Abraham’s bosom so that would indicate that two of them was in Hades. I believe that Scripture supports that Hades included both hell AND heaven (Abraham’s bosom, or what Jesus and many of the everyday Jews of his day referred to as Paradise).

Jesus told the repentant thief that he would join Him in Paradise that same day (Luke 23:42-43)

Many cannot understand how Jesus went to the lower part of the earth and spend three days there, with the  repentant thief joining him the same day.

It becomes clearer to me that paradise was in the lower part of the earth and when Jesus ascended from there, He took Paradise/Abraham’s bosom with Him.

I must agree with other writers who state that there is no place in the bible that supports the idea, that Paradise, Abraham’s bosom was located in the lower parts of the earth before Jesus’ death and then relocated to the heavens after His resurrection.

If this was the case it would incline to answer many questions.

Heaven also known as Paradise or garden is a place where good people go when they die. It is a concept of the afterlife (what happens after somebody dies) in many religions. Some people who believe in heaven say it is a perfect place. They believe heaven is where people go after they die if they have been good in life. Some people also believe in Hell, a place bad people go when they die if they have been bad in life. Ideas of Heaven and Hell are not the same in all religions.        (Wikipedia, the free encyclopedia)

The way the term is used it appears that heaven is divided into three regions.

The first Heaven: Sky – the atmosphere that covers the Earth.
Matthew 5:26: Jesus tells his disciples to “look at the birds of the air” The word air here is Ouranos.
The Second Heaven: Outer space – the sun, moon, stars, planets,

Psalm 19:1-6 Expressing the glory of God revealed in the heavens is how David’s Psalm begins, especial the sun which was visible to humans but beyond the reach of the birds.

The third Heaven: The place where God lives and rules eternally.
In 2nd Corinthians 12:1-10 Paul shares an experience of being caught up to the dwelling of God the third heaven.  He identifies this place as being synonymous with Paradise, the Paradise that Jesus promised to share with the repentant thief on the cross.

The bible refers to God’s throne in many places, God’s throne is in heaven in Psalm 11:4, 103:19 and Isaiah 66:1, Isaiah has a vision of God sitting on his throne in Isaiah 6:1 being high and exalted. Solomon identifies God’s dwelling place as heaven 1st Kings 8:27-53. Solomon acknowledges that even the highest heaven cannot contain God at the beginning of this passage.

The Catholic Church points to a few verses in the bible that allude to being a purgatory even with Purgatory not explicitly mentioned in the Bible.

First there are Saints that have reported visions of Purgatory and the trials endured there, one being  Saint Faustina Kowalska who wrote of one such vision:

“In a moment I was in a misty place full of fire in which there was a great crowd of suffering souls. They were praying fervently, but to no avail, for themselves; only we can come to their aid. The flames which were burning them did not touch me at all…I asked these souls what their greatest suffering was. They answered me in one voice that their greatest torment was longing for God” (Diary of St. Faustina Kowalska).

Purgatory is the place where we are cleansed to complete our journey to heaven. Those in purgatory suffer greatly with peace and joy because they are drawing closer to God. The suffering is destroying the obstacles that are keeping them from being with God in heaven.

As the Catholic Church teach there are two types of sin, when we die, we lose all of the mortal Sins. The Venial sins are the ones we take with us and must be removed before entering heaven. All who enters purgatory will continue to heaven once they a cleansed of all their sins.

When Jesus was on the cross many ask why did Jesus say?  “Why have you forsaken me?” At this time Jesus took on the sins of the world and a separation came between Him and God that had never existed. The reason for this separation is that God cannot look upon sin.  This is a reason for purgatory.
Now many will say that there is no purgatory because the two sinner that was crucified. Jesus said to the one “Assuredly, I say to you, today you will be with me in Paradise’.” (Luke 23:43)  Jesus at  that moment removed all the sinner’s sins. There for, there was no need for purgatory.

The best way I know of explaining purgatory is with the example of two patients that has cancer. The first patient has bone cancer that is uncurable and the patient is in great pain. The treatment the doctors are giving him attacks his whole body which increases his pain to the whole body. The patient is in a state of no hope of relief, unbearable great pain and suffering until he dies. The same as a person in hell except there is no end or dying to stop the torture.

The person in purgatory suffer torment but the suffering only attacks the imperfection that keep the person from perfect spiritual health. (Entering Heaven) The pain goes away upon entering heaven.

Souls enter purgatory for God’s mercy enters freely and grateful with joyful submission to God’s will that they accept the necessary purification.

If you die in a state of grace, meaning you don’t have a mortal sin on your soul, which is removed upon your death, but it is the venial sins on your soul that must be removed. Your love for cigarettes, too attached to earthly life. You must remove all these earthly concerns that you are attached to.

Visiting Purgatory This implies there are sins that can be forgiven in the next life. Again, souls in heaven or hell don’t benefit from forgiveness. Where else but Purgatory could this be referring to?

Finally, some Bible verses speak of a purifying fire, like in the Book of Peter:

“In this you greatly rejoice, even though now for a little while, if necessary, you have been distressed by various trials, so that the proof of your faith, being more precious than gold which is perishable, even though tested by fire, may be found to result in praise and glory and honor at the revelation of Jesus Christ” (1 Peter 1:6-7).